During Christmastime, I spent 2.5 weeks of my three-week vacation to write the second act of Elimination. It was professionally proofed and edited. In the following weeks, I picked away at the final edit for the 220-page second act. Sometimes life has a cruel way of interrupting when things are going in a positive direction. For the past week, I am back on track, knocking out nearly 100 pages in the past two days. I have 115 pages left to edit.

My novels undergo at least 4 total edits. I edit each novel twice, using different tools to accomplish the task. The third edit (and proofing) is performed by a professional editor. The fourth and final edit is what makes it into the novel. A lot of time and expense has been sacrificed to provide the best possible quality in my novels. There are so many great ideas that have been published but left unedited. Mistakes are distracting and take away from the enjoyment of the book. It spoils the relationship an author attempts to develop with his/her readers, something I will never do to my readers.

I am on vacation from my day job during the week leading up to Memorial Day. I intend to use the time to write the third act of Elimination along with the first act of Bloodshed.

Elimination Has a New Cinematic Video

I received positive reviews for a privately posted version of the Elimination cinematic video. I still have a few tweaks to make, but it is 95% ready. I will make it available to the public near the time of the book's release date.

I am hoping to have spare time during my vacation to break ground on a new three-book epic, starting with Bloodsword. The first novel of the series was written 17 years ago, well before I completed my writing education. The first draft is 360 pages of absolute garbage prose, but the story is sound. I need to spend time reviewing all of the notes, the outline I had constructed, and the novel itself. From there, I will reconstruct everything I need to rewrite the novel. Upon completion, I will go through a pair of edits, and then I will send it to my team in New York to be professionally edited and proofed, providing the same high-level of care given to Cataclysm and Elimination.

Of all the novels I am actively working on, this is the only one without a book cover, something I hope to rectify later in the year.

Karma is a novel I have yearned to write for a few years. It is a stand-alone novel about a young girl who attains a superpower. During her lifetime, it hangs heavily on her soul, and she begins to wonder if it isn't so much a gift as it is a curse.

The book cover was completed this past week. One of the many perks to my newsletter is an early reveal of the book cover. So, subscribe now! 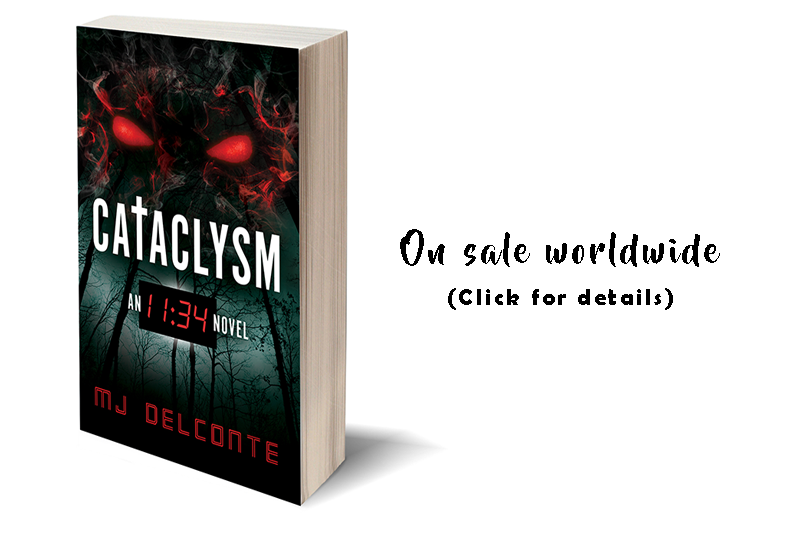 ON SALE MAY 25
Cataclysm
An 11:34 Novel
Click for details