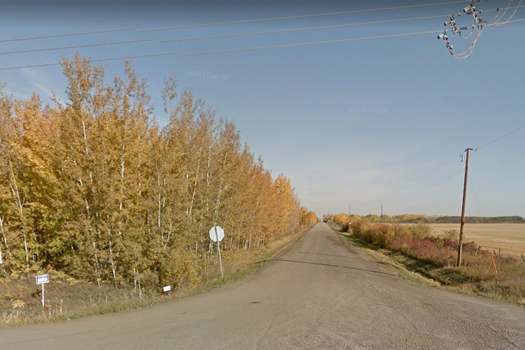 A bloody scene greeted the lead officer of the RCMP as he arrived on the scene. He watched one of his boys gag over the absolute carnage strewn in every direction. Broken human bodies everywhere. Crystallized pink puddles cover the ground around the bodies. The guy with the camera and the iron stomach wretches. He's not going to make it. The ground may be frozen, but there is a hint of rotten meat mixed with fecal matter in the cold breeze. The lead officer realizes he covered his mouth and nose with a wool sleeve. When he lowers his arm, the lingering odor burns his nostrils. Some of the bodies look as if they passed through a meat grinder. The detective turns to see the camera guy scurry to a small patch of land unspoiled by death so that he could blow chunks.

The horrific scene takes place on the northern edge of a little town nestled northwest of Edmonton called St. Albert. The once quiet hub is now ground zero for what is shaping up to be one of the biggest drug busts in Canadian history.

The lead officer was called over to an area near a battered human head. The jagged flesh suggested that it did not cleanly leave its body. The two men point to a series of tracks that can be found all over the field. Each print consists of a 3-toed hoof. They steal gazes at one another and all around them. One set of hoof tracks seems to have a deeper impression and is missing a chunk from one of the toes.

All of them hunted together. They took it seriously. They knew how to survive in the wilderness. Studying animal tracks was a small, but important, aspect of hunting. Each of them could point at an animal track and immediately and accurately identify the animal as well as whether the animal was walking, running, being chased, how much it weighed.

They shake their heads. None of it adds up. It appears there were two killers here. They each crane their necks to gaze in all directions. There had to be at least one hundred, maybe a hundred fifty, bodies here. All of them were heavily armed. Had the police shown up when this mini war went down, most, if not all, of their spouses would be widows or widowers today. How the hell could two assassins create mass murder on such an epic scale against so many armed men up close and personal? Did they make the footprints after the fact? They quickly throw this hypothesis out. Some of the bodies lay atop the footprints suggesting that they were, in fact, created during the massacre.

After a search, none of the bodies could have made the footprints. It was like they showed up, killed everyone, and disappeared. How was it possible? It just made no damn sense.

Turning back to the other officers, the lead officer finally spoke. "What the hell did this?" His words were said so softly they registered as nothing more than a whisper.